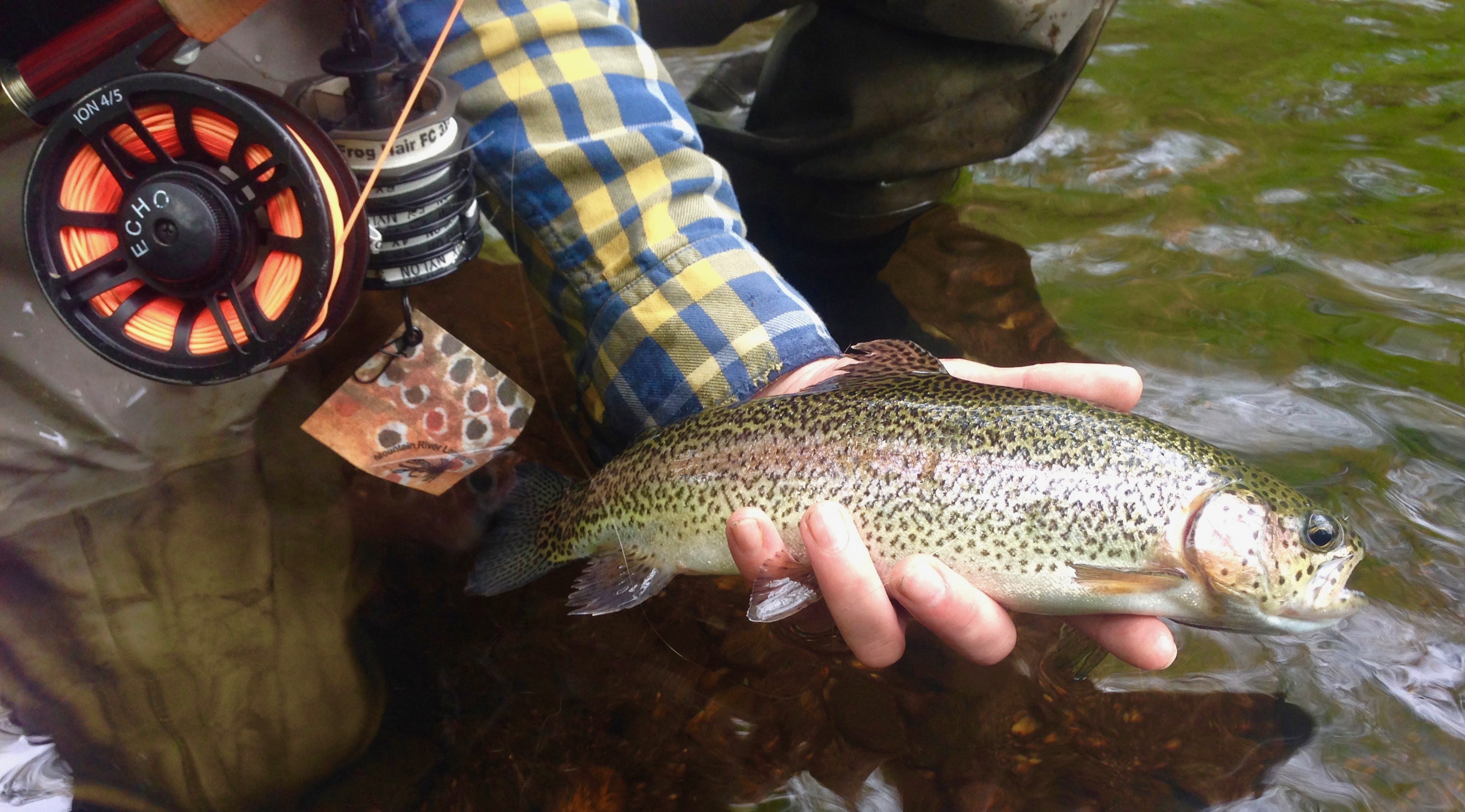 In 2015, we took an extended trip to the eastern United States.  Connecticut.  Amanda was working with UCONN, researching Tautog (blackfish ~Tautoga onitis), a salt water, bass like sport fish found in coastal areas of the Atlantic ocean.   We spent nearly a year in Connecticut.  While she was focused on the salt water fish, I spent my time focusing on the trout fishing in smaller rivers throughout the state.  We were living in Storrs, CT.  The closest stream was the Fenton river.  I fished this one a number of times, but being so close to town, and the university, traffic on the river was plentiful.  I branched out a little and hit a few other streams that I’d heard the names of from other like minded fly folk.

The first river I began to explore was the Natchaug River.  Not a large river, and of the size that I am used to fishing, this is a stocked river in eastern Connecticut.  It was mid-late April when I first started to fish this stream.  Cold & snowy.  It reminded me of fishing early season streams in southern Ontario, Canada.  Most of my time was spent in the section of river that flows through Natchaug State Forest.  The steep, bumpy gravel road leading down to the access area was a pleasant find for me.  At the main parking area there was a decent run and pool just downstream of the bridge.  Perfect nymphing water, and not a soul to be seen on the first cold morning we fished it.

Plenty of fish were caught in the Natchaug river, all were quite small and appeared to be stocked that year.  I’d seen pictures of larger fish from the river, so I knew they were around.  Unfortunately they weren’t interested in what I had to offer, though. 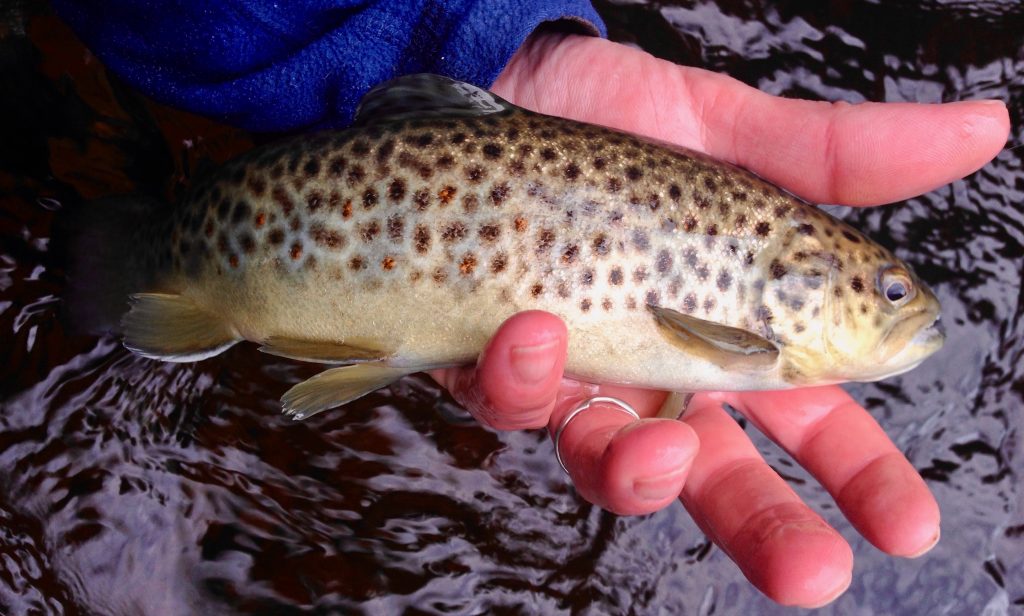 A short wade downstream from the access point we used brought us to Nickerson Park Family Campground.  End of the line for fly fishing solitude.  I’m sure the great fishing continues through the campground, and beyond, but the feeling of being alone on a stream kept me further upstream where there were less people and less noise from the campground.  If you are planning on fishing the area, it might be well worth it to look into staying at this campground.  Folks in the park that I spoke with had a great deal of knowledge to share about fishing the river, best flies, and plenty of big fish stories. 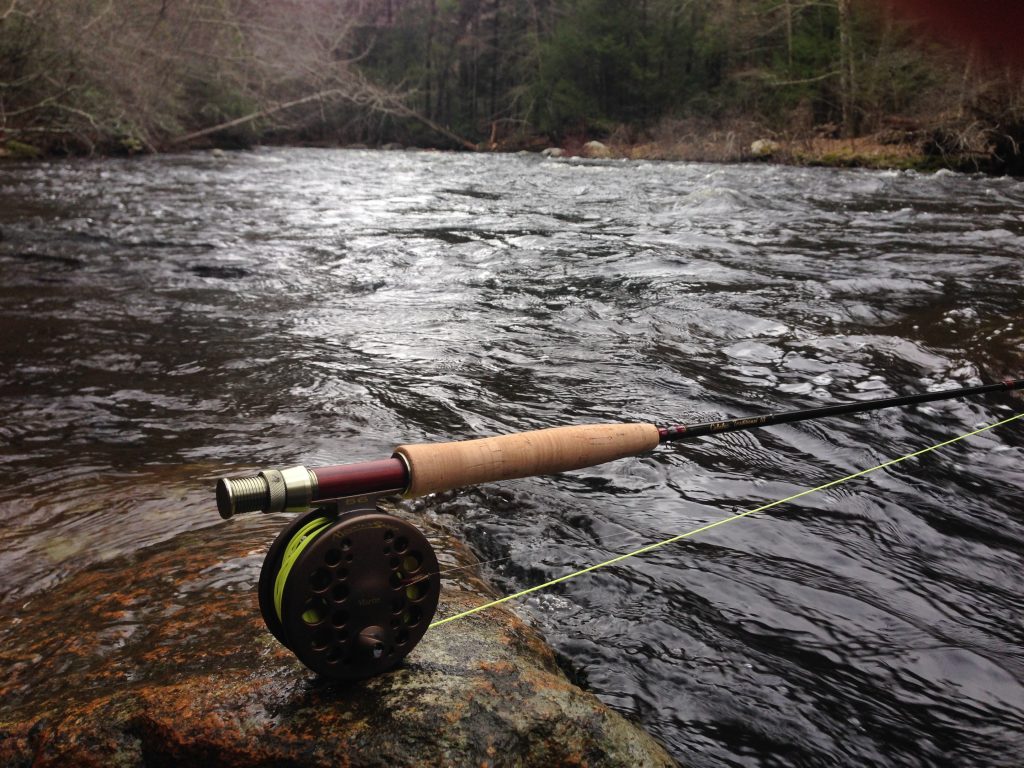 Further downstream, towards the town of Chaplin, Connecticut, the rivers gradient gets much steeper.  Several small waterfalls and cascading rapids can be found.  We fished this section a few times, but the popularity of the area and the number of people in the water and on the hiking trails limited our visits.  The views, however, are stunning.  Access can be found at the Diana’s Pool Hiking and Recreational Area.  Be advised this place gets busy, especially in the summer. 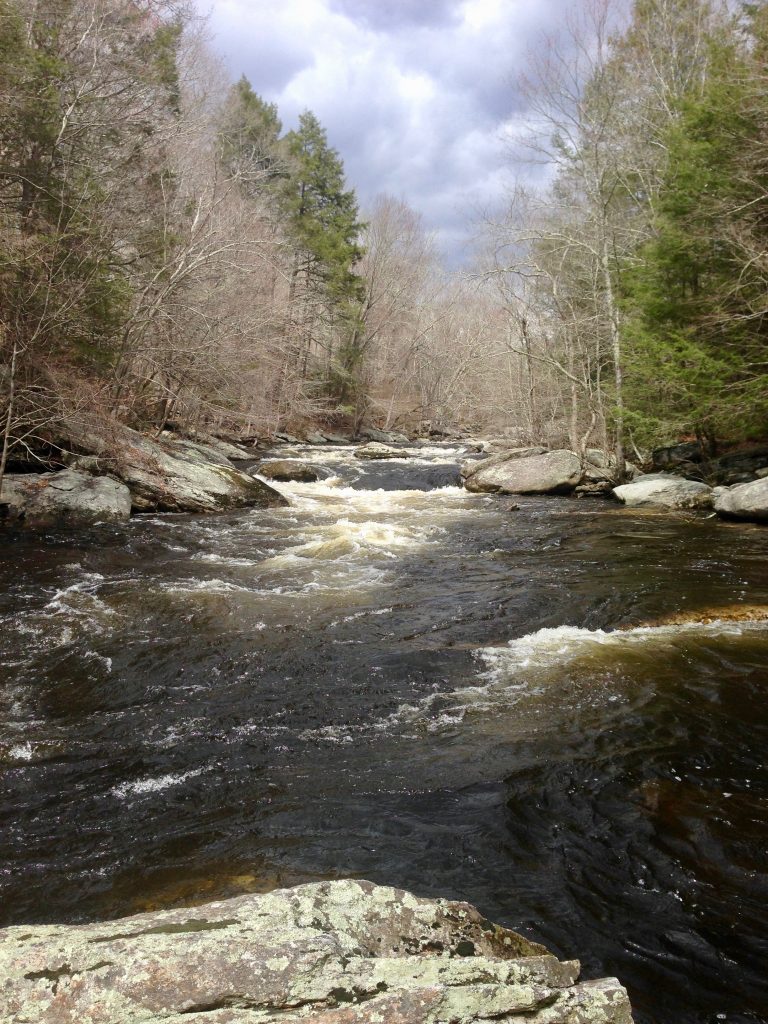 The Willimantic River trout management area is where we spent a good number of days exploring.  Even with the easy access to this area, the fishing traffic was always minimal.  Maybe most folks prefer the larger streams with easy casting and well worn trails to travel up and down the river, I’m not sure.  The Willimantic river and the Natchaug river come together to form the Shetucket river near Norwich, Connecticut.

The upper river, much like the Natchaug, is a trout fly fishing gem.  Our go-to flies on this river were bead head pheasant tail nymphs dead drifted or gently twitched through riffles and runs.  The dry fly fishing was also decent with smaller fish willing to sip flies from the surface when presented properly.  Brown and rainbow trout were our main targets on the river and several fish came to hand on any given day we fished here. 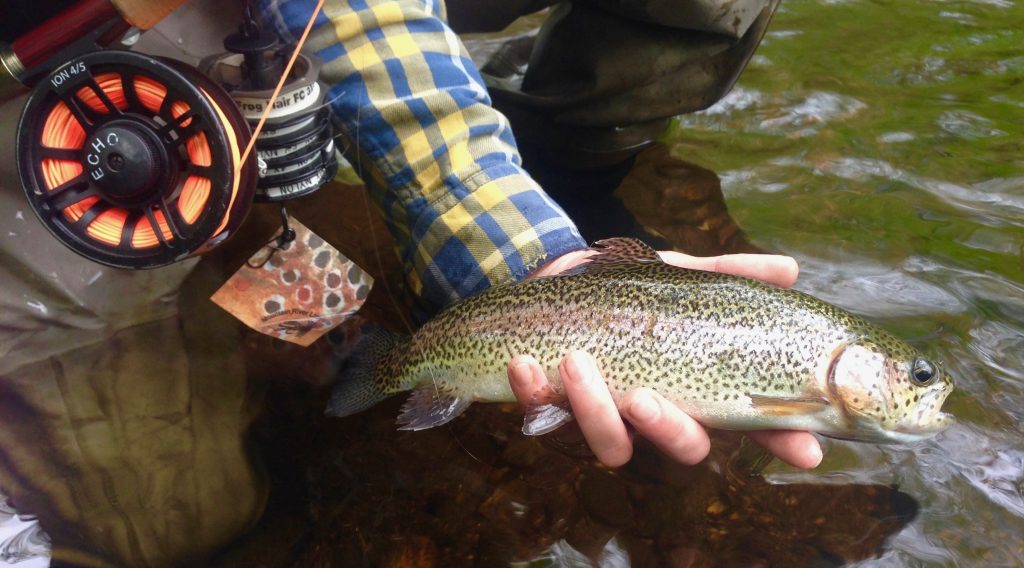 The Farmington River is probably one of the more popular fly fishing rivers in Connecticut.  It cuts through some interesting landscape, including steep valleys and rock outcrops.  The backdrop being the mountainous terrain that surrounds you while wading the stream.  This river is also stocked annually in the spring with rainbow, brown and brook trout. 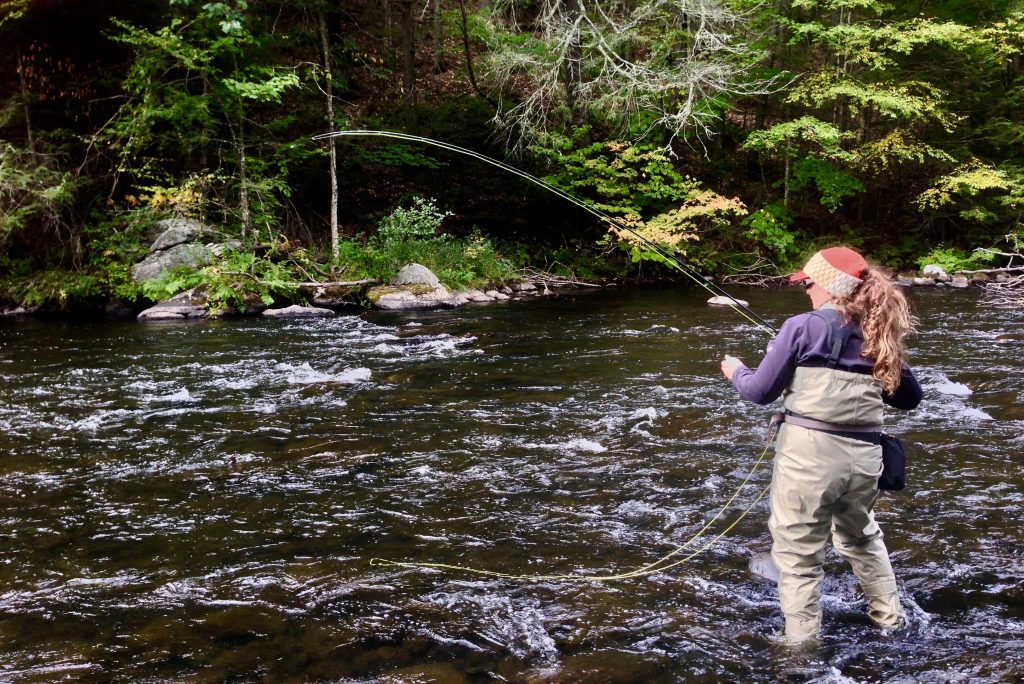 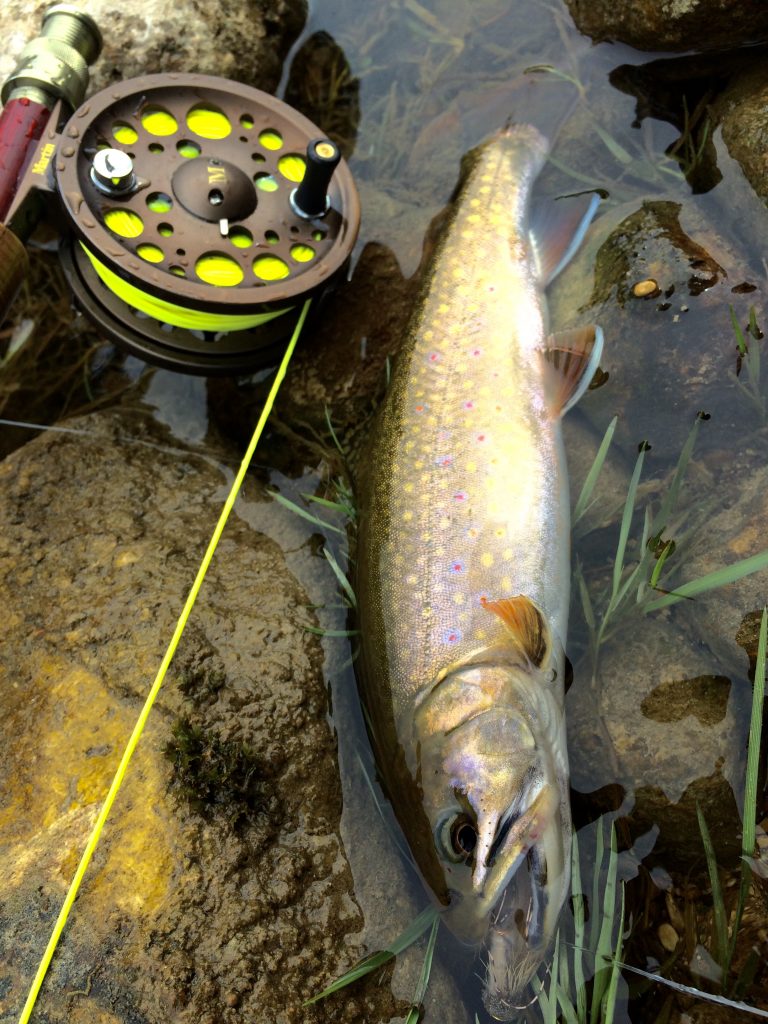 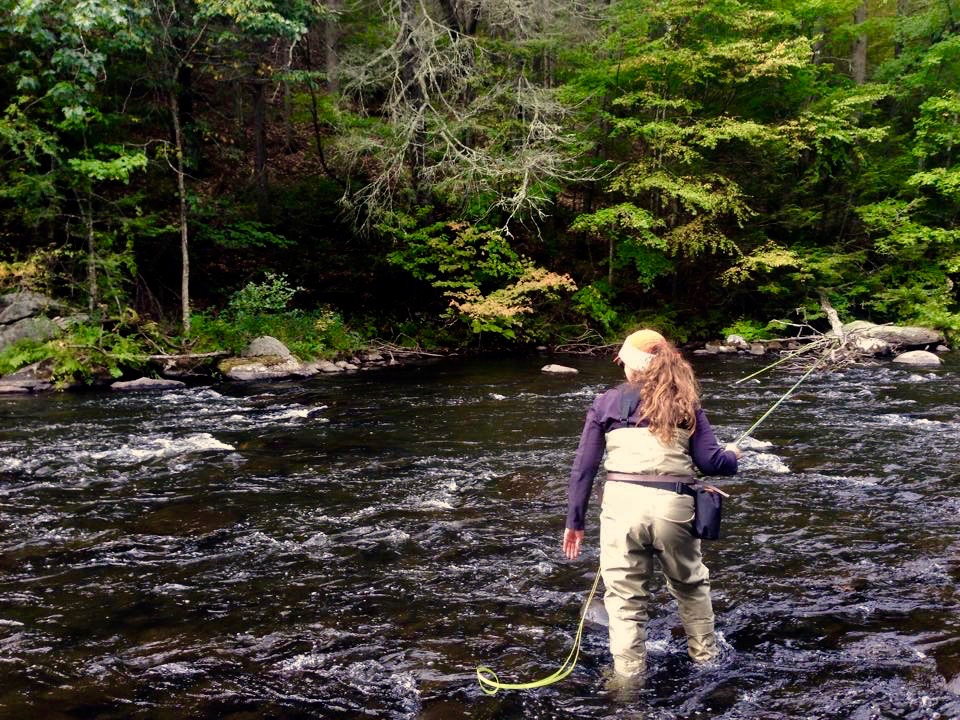 We only visited this river a handful of times.  The scenery and the fishing were worth the drive from Storrs.  If we ever visit Connecticut again, this river will likely be the first one we hit. 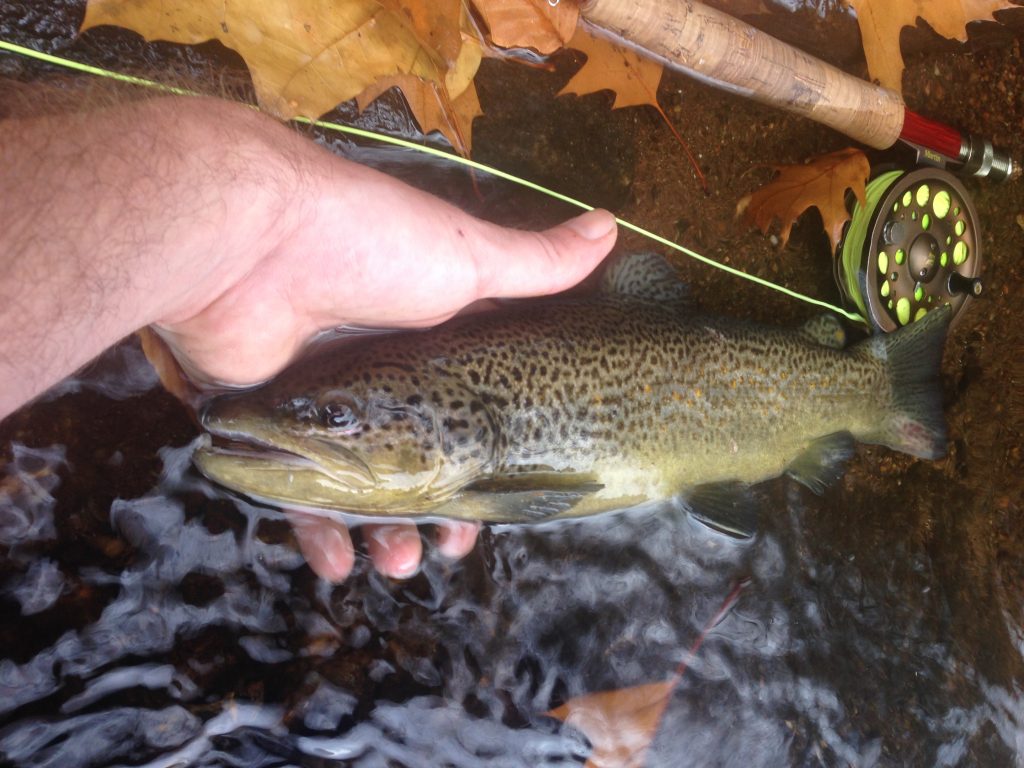